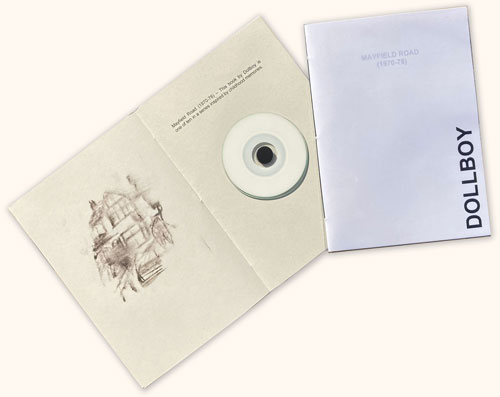 Blink and you missed it - a very limited release on Paper Piano Press of a 13 minute Dollboy piece commisioned as a reaction to Thomas Hood's poem "I Remember, IRemember" entitled "Mayfield Road (1970​-​78)".

The hard copies are all sold but you can still pick up a digital copy here.

I'm pleased to announce that I was successful in my application to Arts Council England and that they have awarded a grant under their Develping Your Creative Practice scheme.

This means I shall be holed up in my new studio developing new skills and working on new material in new ways. I may be some time.

Much delayed but finally surfacing to coincide with the release of the film on DVD, our coloured double vinyl collaborative remixed soundtrack album on Invada Records.

Out now, a new original compilation from Second Language Music featuring some of the artists on last year's Avenue With Trees but with contributions from a wealth of great artists new to Second Language. Listen to some tracks here and order your copy:

The Whalebone Box Box Set is out now. Very limited and quite possibly gone already. You might try Andrew if you're chasing a copy. The regular, double vinyl will follow later this year on Invada Records to coincide with the release of the DVD of the film. 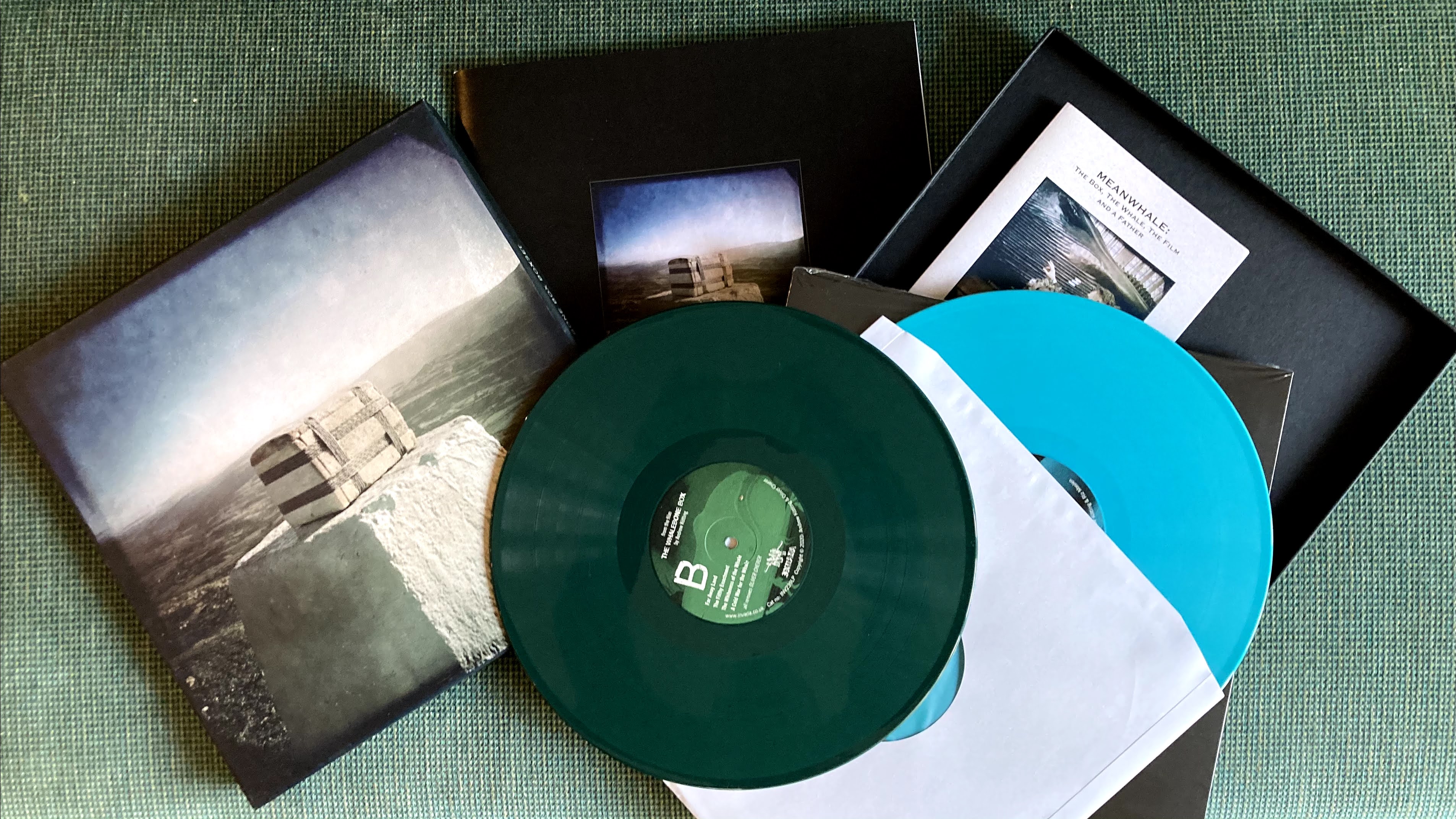 There are Oliver Cherer contributions (alongside one from my daughter, Jean) on this compilation of new and exclusive music from Second Language.

Here you will find, amongst other things, an intricate, Durutti-esque guitar lesson from Franck Alba, Oliver Cherer’s sea-salted melancholia, Snow Palms’ David Sheppard’s glinting electronics and crystalline glocks, Paul Tornbohm wearing a multitude of compositional chapeaus, Yumi Mashiki’s beautiful scoring, the impressive debut of Jean Lancaster, a new Second Language “supergroup,” Statues In Fog (an album is to follow) and much, much more.

‘Avenue With Trees’ comes in a 6 panel, die-cut concertina format, conceived by Glen Johnson with layout by Jeff Teader. Initial copies are accompanied by a 7 track bonus disc of synchronous recordings, ‘Secondaries.’

You can order the album directly from Bandcamp here. 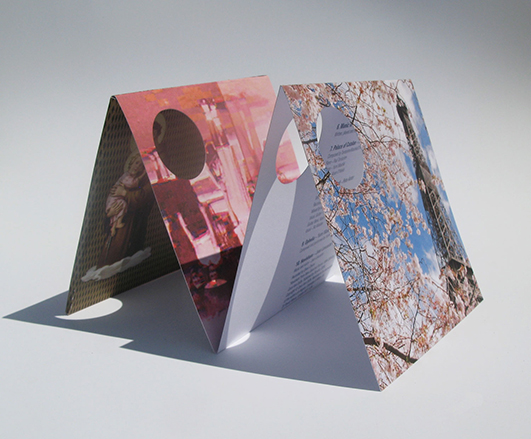 Listen to the opening track, ‘Frédéric,’ by Franck Alba, here :

Adlestrop and Over The Tracks - RePress news

Both Adlestrop and Over The Tracks have been repressed in updated versions. The flexidisc appears in a transparent edition and Adlestrop is now in a cream and brown livery with transluscent amber vinyl. The LP is sold out in most places now but you might be lucky at Transmission, Monorail, or Bleep.

I spoke to Stewart Gardiner over at Concrete Islands about Adlestrop and other stuff.. 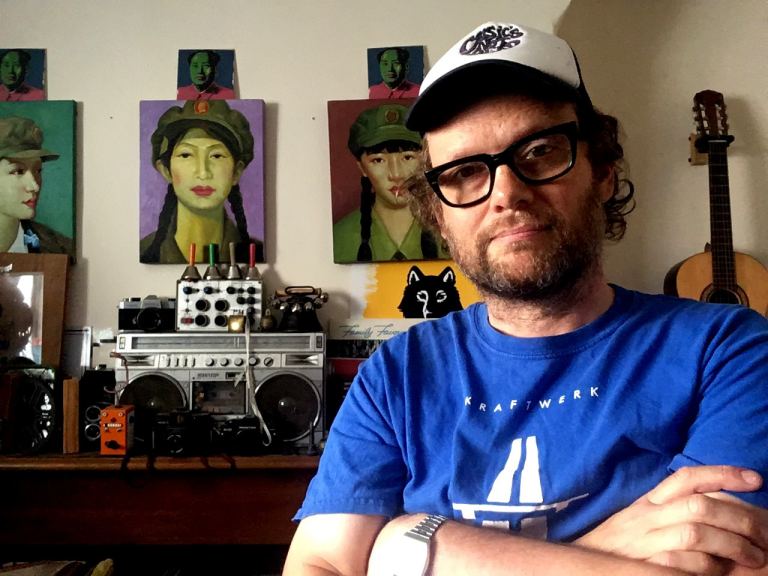 Over the Tracks - RePress

I'm also very pleased to let you know that the flexi-single from earlier this year is to be made available again, To avoid FOMO please head over to Clay Pipe to sign up to their newsletter. 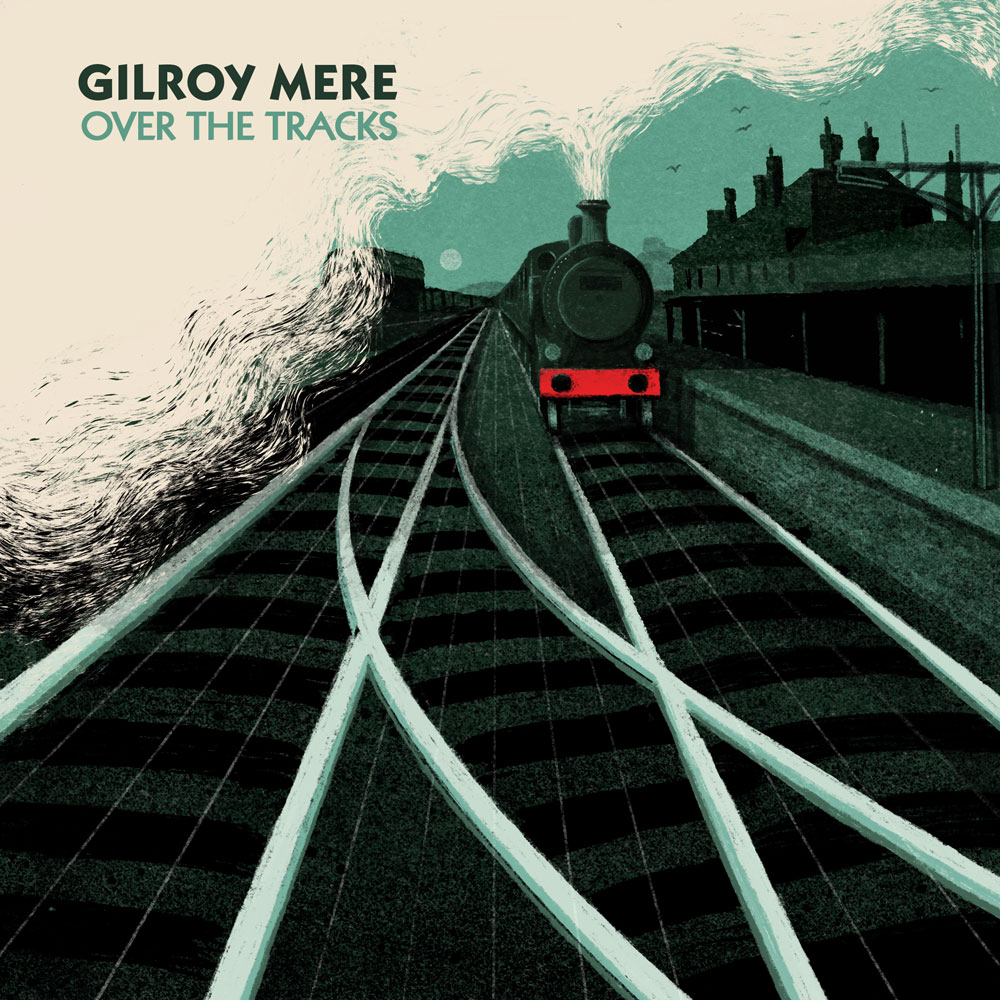 Following a frenzy of preordering that we hadn't anticipated Adlestrop , the new Gilroy Mere album is to go to a second pressing with updated artwork by Frances Castle. The first pressing sold out at source and in online record shops in record time so Clay Pipe Music decided to manfufacture more to meet demand. Please be patient and keep an eye on their website (and this one) for further news.

"We will be re-pressing the vinyl, this time in the GWR Brown and Cream livery that would have been in use (along with the Crimson Lake of the first pressing) at around the time that Edward Thomas wrote Adlestrop."

The new Gilroy Mere album, Adlestrop is out on July 24, 2020 on Clay Pipe Music. It's a full length vinyl/digital album of mostly instrumental pieces based on Appendix 2 of The Beeching Report from 1963 and was written and recorded by Oliver Cherer in his home studio in St Leonards on Sea using a plethora of instruments, old and new technologies and field recordings made in the places that railway stations once stood. It follows Over The Tracks, a similarly inspired three-track flexidisc/digital EP. 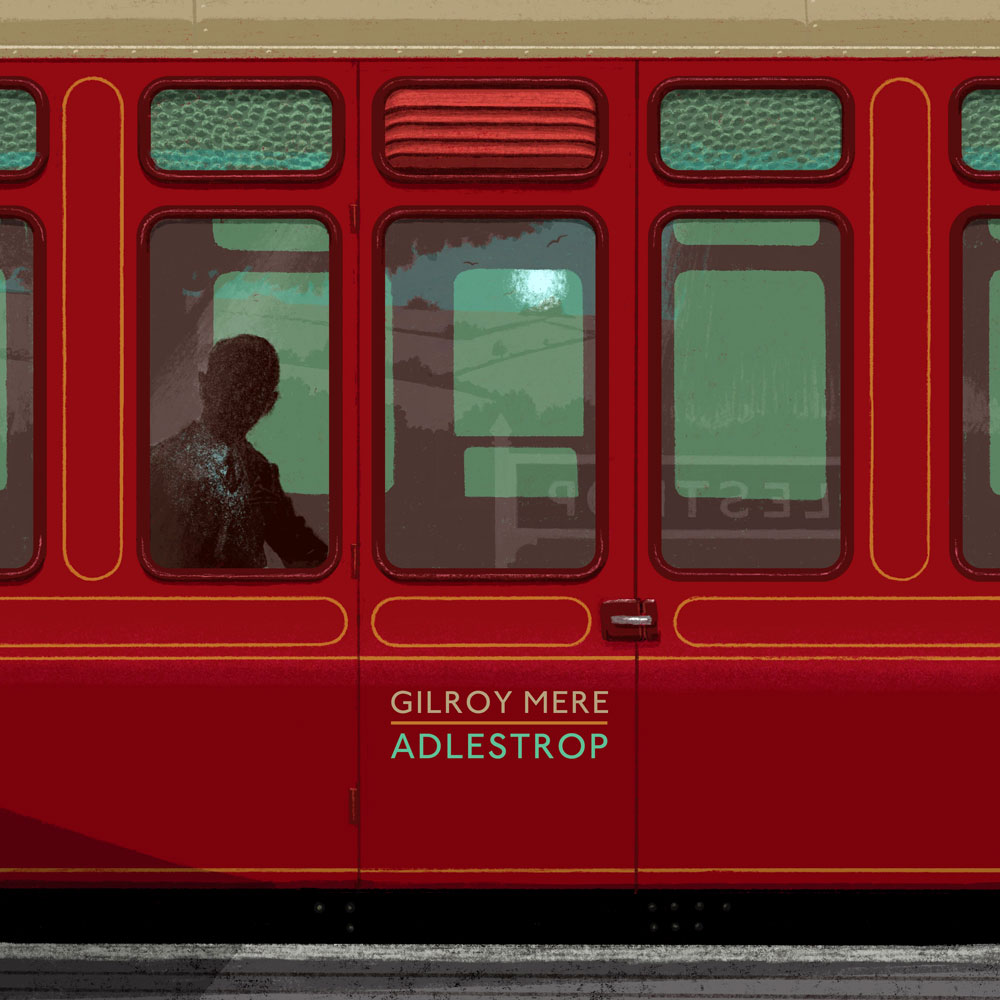 A new collaborative album based on the soundtrack for Andrew Kötting's highly acclaimed new film , The Whalebone Box, is out now digitally from Invada Records with a full double vinyl LP version to come plus a limited LP box set, The Whalebone Box Box Set. Watch this space for news of the vinyl release. 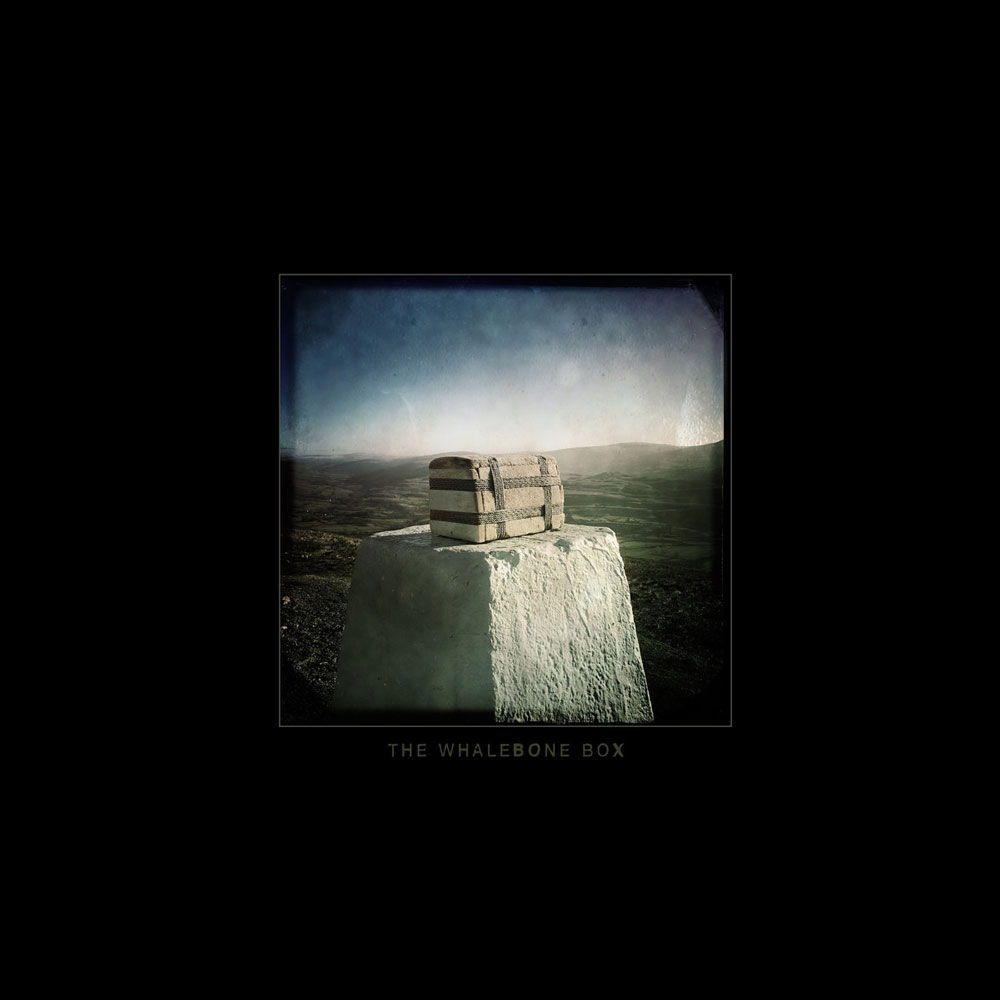 The Haunted Generation - An interview with Gilroy Mere

"“The past in fading layers, visible from the present…” A phrase that Oliver Cherer used early in our conversation, perhaps perfectly summing up my own relationship with nostalgia, too. It’s the erosion of the past that truly moves and affects me. The forgotten people, places and objects that are in danger of being permanently lost from the 21st century collective consciousness: moving farther away in time; slipping inexorably backwards towards the boundaries of living memory.

And what also interests and delights me are the often-hidden areas where those elements of the past still protrude, sometimes unnoticed, into the present day. There is something both sad and reassuring about the remnants and traces of abandoned places and practices that still somehow intrude into the modern everyday. Feelings perfectly evoked by Oliver – recording as Gilroy Mere – on his new collection of recordings for Clay Pipe Music."